We had a good turnout for our Snapathon #5 on Tuesday, 29th March 2016.  Numbers were a little down from last year, but I think being the end of the Easter Holiday break was the reason for that. 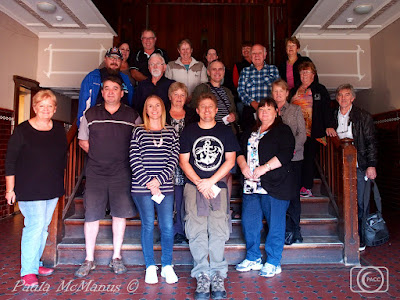 What is a Snap-a-thon? I hear you ask .... well it's a bit scavenger hunt, a bit competition, a bit of walking and a whole lot of fun!

Attendees had 2 hours to photograph 5 items from a list that was given on the night and the photos must be taken within a set boundary.

Members can submit images for the competition - winners will be announced at the club rooms on Tuesday, 3rd May 2016.

Huge thanks to Paula McManus for taking the group photo and for organising the Snapathon each year - the items on the list this year were a great inspiration.
Posted by CathyC at 09:00